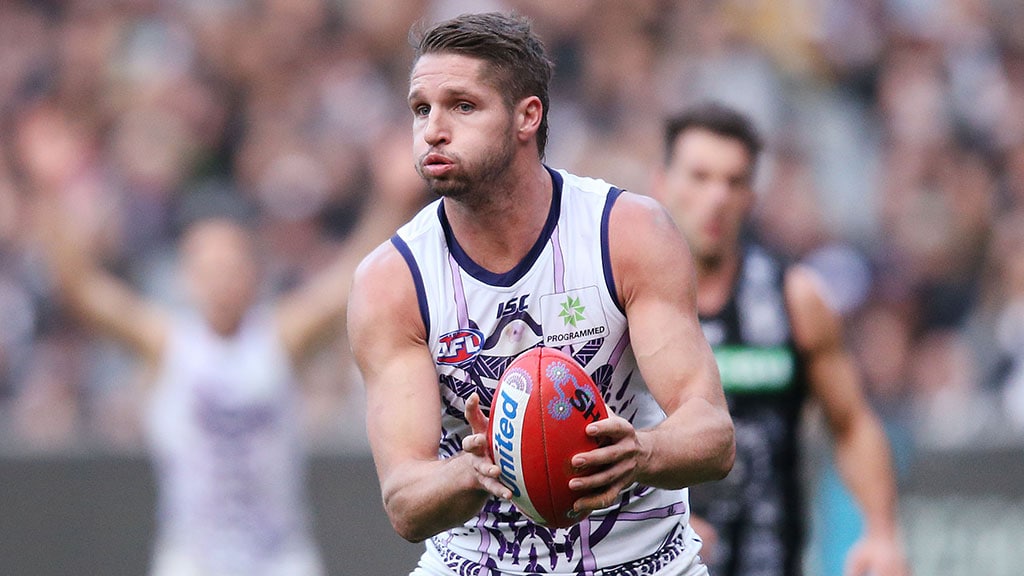 FREMANTLE forward Jesse Hogan is out of hospital and set to return to training on Tuesday after being involved in a car accident on Sunday morning in Perth.

Hogan was driving when his car clipped a parked vehicle at about 11am Perth time on Sunday, and another person subsequently called an ambulance as a precaution.

No one was seriously injured in the accident but the condition of Hogan’s car is unknown.

A club spokesperson confirmed to AFL.com.au that the 24-year-old, who was the only person in his car, was conscious for the trip to the hospital.

Hogan was discharged after a brief period of observation but Dockers officials have given him Monday off and expect him to train on Tuesday.

A Fremantle club doctor was with Hogan at the hospital.

Find Road to the Draft on Apple Podcasts, Google Podcasts and Spotify.

Hogan’s first season at the Dockers ended in round 14, when he re-injured his right foot against his former club Melbourne at the MCG.

The 83-gamer underwent surgery and had screws inserted into the navicular bone.

Hogan is running on the AlterG anti-gravity treadmill but Fremantle football boss Peter Bell does not expect him to return to full training until after the Christmas break.